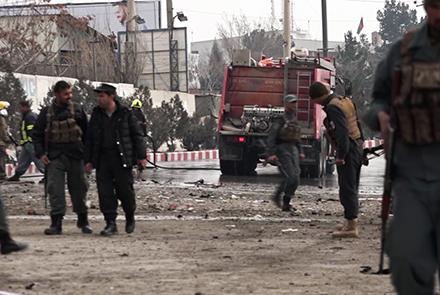 Bishop said in a statement  that a car bomb was detonated near a convoy of Australian Embassy vehicles while they were travelling in Kabul.

“All Australian Embassy staff are safe,” she said in the statement. However, two Australian security contractors were injured in the attack.

No group has yet claimed responsibility for the attack.

At least one person was killed in the attack that happed early Friday morning.

“The Australian government extends its sympathies to families and friends of people killed and injured by this attack,” Bishop said.

Ministry of Interior spokesman Najib Danish said explosives were placed in a Suzuki vehicle and detonated when a convoy of vehicles drove by.

“The number of wounded is 22 people. Three of them are in critical condition,” he said.

However, a security source told TOLOnews that three people were killed in the explosion.

This explosion came just days after Kabul hosted the second Kabul Process conference in which the Afghan government sent a peace offer to the Taliban.