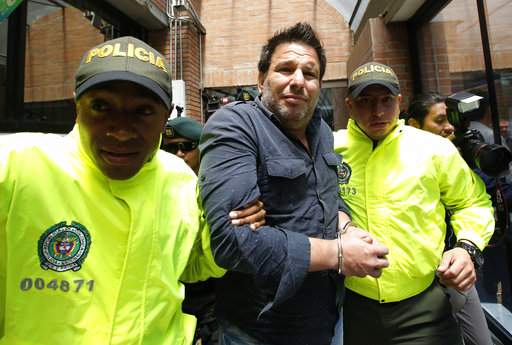 Colombia’s prosecution said Wednesday that it prevented attacks on United States government officials in the capital Bogota, allegedly planned by a Cuban national.

The prosecution arrested Gutierrez on terrorism charges and conspiring to commit a crime, to which he denies.

Alarm bells rang for authorities when incriminating messages between Gutierrez and a group of Islamic extremists were intercepted.

In one of the messages, Gutierrez allegedly said that he had already done the reconnaissance work on a restaurant in Bogota visited by “f***ing gringos that work in the embassy,” likely referencing American diplomats who are believed to be the targets of the attack.

The prosecutors office accused Gutierrez of planning to attack 29 Americans that worked in the United States Embassy in Bogota.

Another one of Gutierrez’s intercepted message reads, “I will avenge my brothers with or without your help. Allah is with me”, to which he receives a reply saying the attack must be carried out “in the name of Allah to avenge the fallen brothers”, reportedly by a Spanish resident of Moroccan descent who is also being pursued by officials.

It is not yet known if Gutierrez is part of international terrorist network, ISIS, or merely a sympathiser.

According to an analyst at Colombia’s College of War, Nestor Rosania, Colombia isn’t prepared in dealing with international terrorism on home soil.

“The traditional focus has been on the nation’s internal conflict; (international terrorism) hasn’t been a priority. They are topics we must begin to work on”, Rosania told Blu Radio.

Colombia is home to one internationally recognized terrorist organization, the Marxist ELNgroup, which has been combating the Colombian state since 1964.