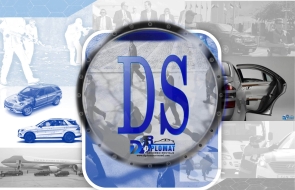 Thirty-five years ago, two suicide bombers killed 241 American and 58 French military personnel, as well as six civilians, in Beirut, Lebanon. The attack marked the largest single-day loss for US servicemen since the Vietnam War’s Tet Offensive.

playU.S. Marines with the School of Infantry-East Color Guard stand at parade rest during a wreath laying ceremony on the anniversary of the bombing of the Marine Barracks in Beirut, Lebanon on Camp Geiger, N.C., Oct. 23, 2015.

Thirty-five years ago, two suicide bombers killed 241 American and 58 French military personnel, as well as six civilians, in Beirut, Lebanon. The incident marked the largest single-day loss for the US military since the Vietnam War’s Tet Offensive.

The horrific Oct. 23, 1983 attack on the multinational peacekeepers, an attack purportedly perpetrated by the Iranian-funded terrorist organization Hezbollah, was especially devastating for the US Marine Corps, which lost 220 service members. The Corps had not suffered such a loss since in one day since Iwo Jima. Eighteen US Navy sailors and three Army soldiers were also killed in the Beirut barracks bombing, and dozens of others were injured.

The deadly blast, characterized by the FBI as the largest non-nuclear explosion they’d ever seen, came just a few months after the April 18, 1983 bombing of the US Embassy in Lebanon, where an extremist killed 63 people, including 17 Americans.

In 1982, the US decided, at the request of the Lebanese government, to send US troops to Lebanon to serve as peacekeepers in the bloody Lebanese Civil War between warring Muslim and Christian factions. The 24th Marine Amphibious Unit stationed at Camp Lejeune, North Carolina was deployed to Beirut in the spring of 1983.

US forces, along with their French and Italian counterparts, achieved some initial success in Lebanon, but the Muslim factions in the country began to turn their aggression toward the foreign troops.

At 6:22 a.m. on Oct. 23, 1983, a truck laden with thousands of pounds of explosives slammed into the 1st Battalion, 8th Marine headquarters at the airport in Beirut.

playThe explosion of the Marine Corps building in Beirut, Lebanon, created a large cloud of smoke that was visible from miles away.

The driver, said to be a Iranian national, detonated the explosives, collapsing the four-story barracks.

playRescue workers remove the body of a U.S. Marine from the rubble of the Marine Battalion headquarters at Beirut airport.

American troops were buried in the rubble. “Bodies were lying around all over,” one rescuer reportedly said at the time, “Other people were trapped under the concrete. I could hear them screaming: ‘Get us out. Don’t leave us.’ I just started digging, picking men out.”

playA U.S. Marine looks around as he is pulled from the wreckage of the Marine headquarters near Beirut airport.

The attack claimed the lives of 220 Marines, making it the worst single-day loss for the service in nearly four decades.

playU.S. Marines carry their dead comrades away from the four-story command center that was destroyed in a bomb blast.

Minutes after the first attack, another suicide bomber hit the French barracks a couple of miles away. French troops managed to kill the driver, but the bomb exploded a few moments later, bringing down the nine-story building.

playA wounded French soldier is attended to by a doctor after he was injured in a huge car bomb attack at a building housing members of the French contingent of the peacekeeping forces in Beirut.

“There are no words to properly express our outrage and I think the outrage of all Americans at the despicable act,” President Ronald Reagan said in response.

The US withdrew its troops from Lebanon in February 1984.

playA U.S. Marine stands in front of the ruins of the Marine operations center, which was destroyed in the suicide bomb attack.

A memorial was built at Marine Corps Base Camp Lejeune in North Carolina and dedicated on Oct. 23, 1986. The names of the fallen, as well as the inscription, “They came in peace,” are written on the memorial.

playThe memorial at Marine Corps Base Camp Lejeune honors the US service members killed in the Beirut barracks bombings.

Memorial services are held annually to remember those who were lost, as well as the cost of freedom.