ATHENS, Greece (AP) — Greek police say they have detained eight people after the U.S. Embassy in Athens was vandalized with paint.
Police said Monday the eight were detained after about 10 people on motorbikes threw red paint at the embassy’s parking entrance at around 3:30 a.m. local time. An anarchist group known as Rouvikonas claimed responsibility for the attack in an internet post. 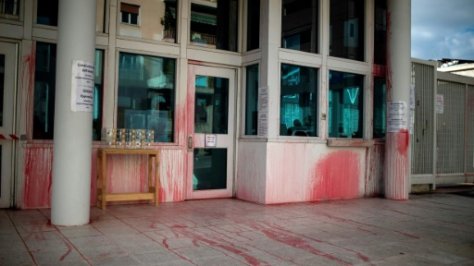 It cited “American imperialism” as well as Greece’s deal with neighbouring Macedonia for the latter to change its name to North Macedonia in return for NATO membership, and the recent US decision to pull out of Syria, a move it said delivers Kurdish forces there “to the semi-fascist state of Turkey.” 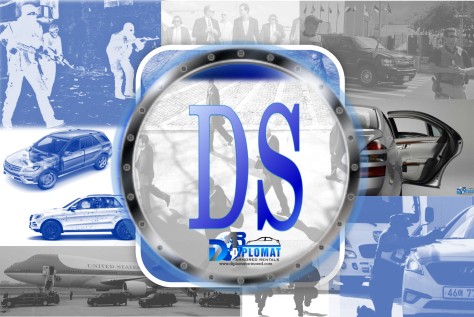 Rouvikonas has carried out similar paint attacks in the past against embassies, Greek state organisations and political party offices.

Two Greek anarchists were arrested Monday after hurling red paint at the US embassy in Athens, police said.

A further eight members of the Rubicon Anarchist Collective were also detained but later released over the incident, which caused minor material damage but no injuries, police added.

The Greek foreign ministry condemned an action it said undermined “longstanding friendly relations between the two peoples and the strategic relationship between Greece and the United States (which is) crucial for our country and the region.”

The Rubicon group, which regards Washington’s interventions in numerous regions including the nearby Balkans as “imperialism”, arrived outside the embassy in the early hours and sprayed the entrance before police intervened.

Another gripe is the planned US withdrawal of troops from Syria, which the group said would “abandon the Kurds into Syria’s hands”.

Rubicon has carried out a number of similar acts on embassies, banks and public buildings in recent years, causing some material damage but no injury.

Last October, the group daubed paint over the facade of the Canadian embassy to protest the presence of a Canadian gold mining firm in northern Greece.

A month earlier, Rubicon targeted the Iranian embassy in “solidarity” with Iranian Kurds. Media reports say it plans to join a January 17 meeting of other anarchist organisations in Rome.